Skip to content
Groundbreaking ceremony for the Lecture Hall Building

The construction work can begin! On Friday, 18.11.2022, at shortly after 11 a.m., the Bavarian State Minister for Science and Arts Markus Blume broke ground for the second building at Campus Feuchtwangen. 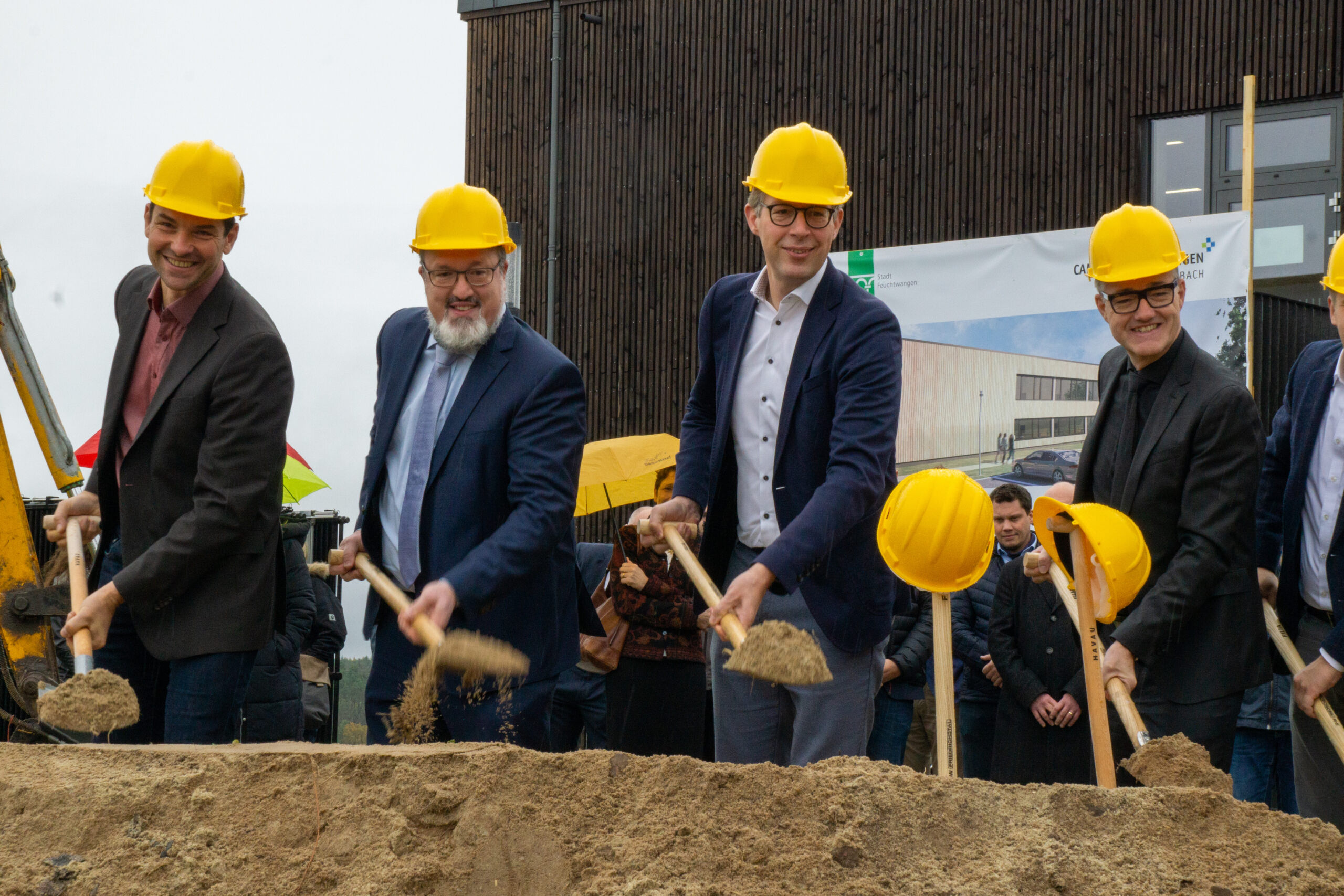 In the course of the construction measures, the Campus Feuchtwangen will receive a lecture hall building with seminar rooms, offices and a large lecture hall in addition to the existing laboratory hall. The building owner is the city of Feuchtwangen, and the premises will then be made available to the university.

The additional space is urgently needed. The demand for the degree programmes is enormous. Patrick Ruh proudly reports how many applications are already coming in to the Campus: “For this winter semester alone, almost 300 people applied for a place to study in Feuchtwangen. With the new university building, we have the possibility to teach up to 400 students at the Campus Feuchtwangen of the Ansbach University of Applied Sciences.” With the expansion, the town of Feuchtwangen wants to attract even more and young new people to the sparsely populated rural area.

But space for teaching is not the only focus of this building. “The new building at Campus Feuchtwangen will produce sustainable energy itself as a research project. This is where smart building and smart studying come together. This is what sustainable research and teaching looks like,” Markus Blume continues.

But that’s not all: Minister of State Markus Blume also promised that the full amount of the 1.5 million euro grant from Munich will flow to the city of Feuchtwangen. In addition, the Minister of Science and the Arts announced that he would work towards doubling the amount. If this succeeds, the city can expect three million euros from the Free State. Currently, the teaching hall building, which the municipality has to finance, is estimated at 7.93 million euros.

Together with Mayor Patrick Ruh and the town of Feuchtwangen, Campus Feuchtwangen and the entire Ansbach University of Applied Sciences are looking forward to the future together!