Support group to increase awareness of the campus – Host a public movie night on January 17, 2023.

The Förderverein Campus Feuchtwangen e.V., already founded in October 2021, is committed to the work of the campus, the promotion of its students and local networking. In its work, the association wants to act as a link between the campus and the population as well as politics. “Overall, it is particularly important to us to make the Feuchtwangen campus and its groundbreaking work even better known among the population and also among our local companies,” says the 1st chairman, third mayor Herbert Lindörfer.

Association invites to public film evening in the KulturKino Feuchtwangen

Currently, the Förderkreis has organized a public film evening for the students and all citizens of Feuchtwangen. All interested parties are cordially invited to the KulturKino Feuchtwangen on Tuesday, January 17, 2023. The film “Top Gun: Maverick” will be shown in English at the event starting at 8 pm.

But even beyond that, the association is involved in campus events in many ways. For the first time, the sponsoring association was active in the summer of 2022 at the first Feuchtwang Campus Festival. “Already the first edition of this event was a great success, which we of course want to develop further in the future,” expressed the chairman of the support association.

In addition still further projects, on which at present one works. Among other things, the association is currently developing a kind of prize to honor special student achievements, as well as the offer of an Indian cooking course, since the vast majority of students currently come from India. “That would be it surely for many from the environment a mad action, […] together with the Indian studying to cook and new prescriptions to discover”, gave themselves the chairman of the promotion circle Campus Feuchtwangen convinced.

Purpose of the sponsoring association

The main objective is the promotion of science and research. In particular, through knowledge transfer between the university and interested parties in the areas of teaching, research and continuing education. For this purpose, the association wants to promote new cooperations and networking between relevant institutions, organizations and companies and support them in the form of public relations.  Another purpose stated in the statutes is the financial support of the campus and its students, as long as no other funds are made available. 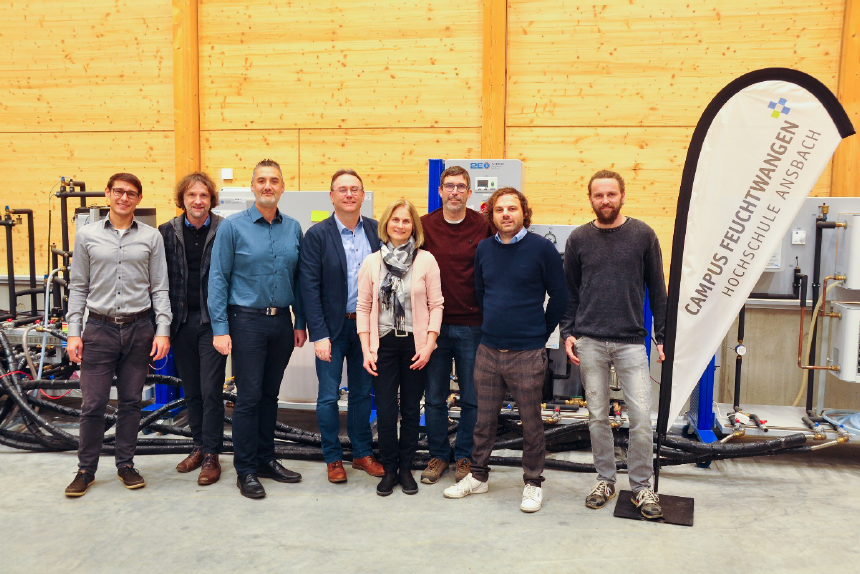 With currently 14 members, growing is also a goal of the association. As Lindörfer emphasized, any natural or legal person who is interested is very welcome to become a member of the Förderkreis. “Anyone who is interested in exciting topics or could be an interesting network partner is very welcome to join the Förderkreis,” added second chairman Michael Nowakowitsch.