The Christkind from Feuchttwang visits the campus 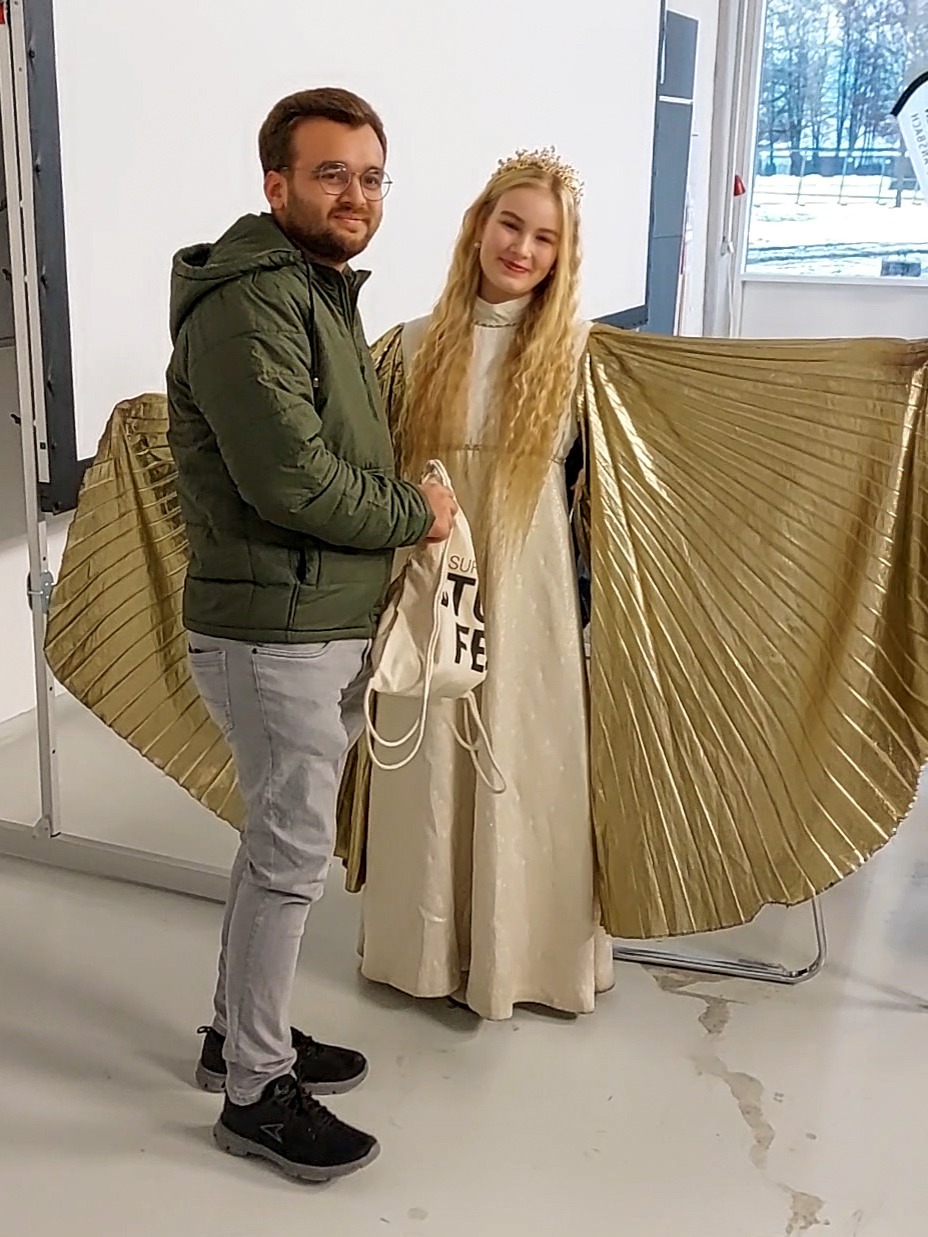 It wasn’t just the pre-Christmas onset of winter that caused a sensation among students at the Feuchtwangen campus; after all, most of them were experiencing snow and such low temperatures for the first time in their lives. The visit of the Feuchtwangen Christ Child on Tuesday before Christmas Eve was also a highlight before the turn of the year.

They followed the solemn prologue of the Feuchtwang Christ Child with great interest. Afterwards, everyone received a small Christmas present for early distribution.

The Christ Child presented the students with the “STUDFEU Survivalkit”, consisting of various local products from Feuchtwangen. Each individual handover was joyfully recorded on the smartphone as a memento.